The test was held in Gramado/RS, on Saturday 04/02/2022, and the team formed by students Chistofer Ciafrino and Leticia Freire Sousa (both from the Bachelor's Degree in Computer Science) and Felipe Chen Wu (from the Bachelor's Degree in Applied Mathematics), with the technique of Prof. Marcia Cerioli (PESC), ranked seventh in the Brazilian competition and twelfth in Latin America, receiving a Silver Medal.

The Programming Marathon is the Brazilian stage of the International Collegiate Programming Contest (ICPC), the most traditional world competition for Algorithms and Programming, which, due to the pandemic, has not yet had the 2020-2021 world stage. We will only know how many spots for Brazilian teams there will be for the 2021-2022 world final at the end of this year, as the race is scheduled to be in Cairo in 2023, along with the final of the 2022-2023 period, and is still in the registration phase. in other parts of the world.

It is a competition of the Brazilian Computer Society, takes place in two stages, and this year the first stage was carried out remotely, with each competitor at home, but in communication with each other. It had the participation of 513 teams of which the 55 best, and representative by regions of Brazil, participated in the competition in Gramado.

The students' participation was financed by the Systems and Computer Engineering Program, PESC/COPPE/UFRJ.

The test lasted 5 hours, with a computer and consultation of printed material only, including books. The teams had to solve a set of 15 problems, to be solved with the best mathematical modeling and the most efficient algorithm that had to be implemented. Whoever makes the most problems wins, and the tiebreaker for the same number of problems is in time.

Below the medal and the winning team. 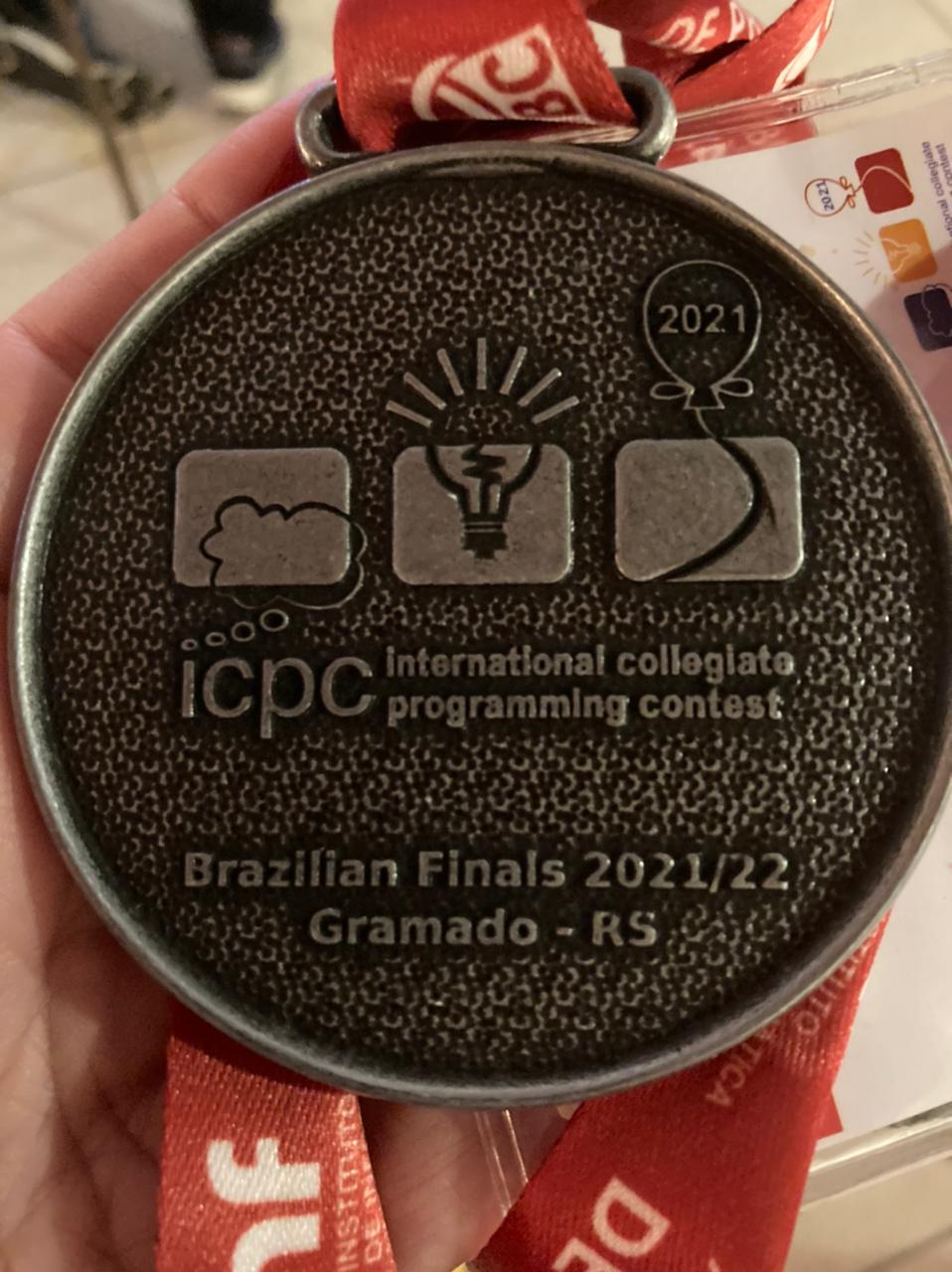 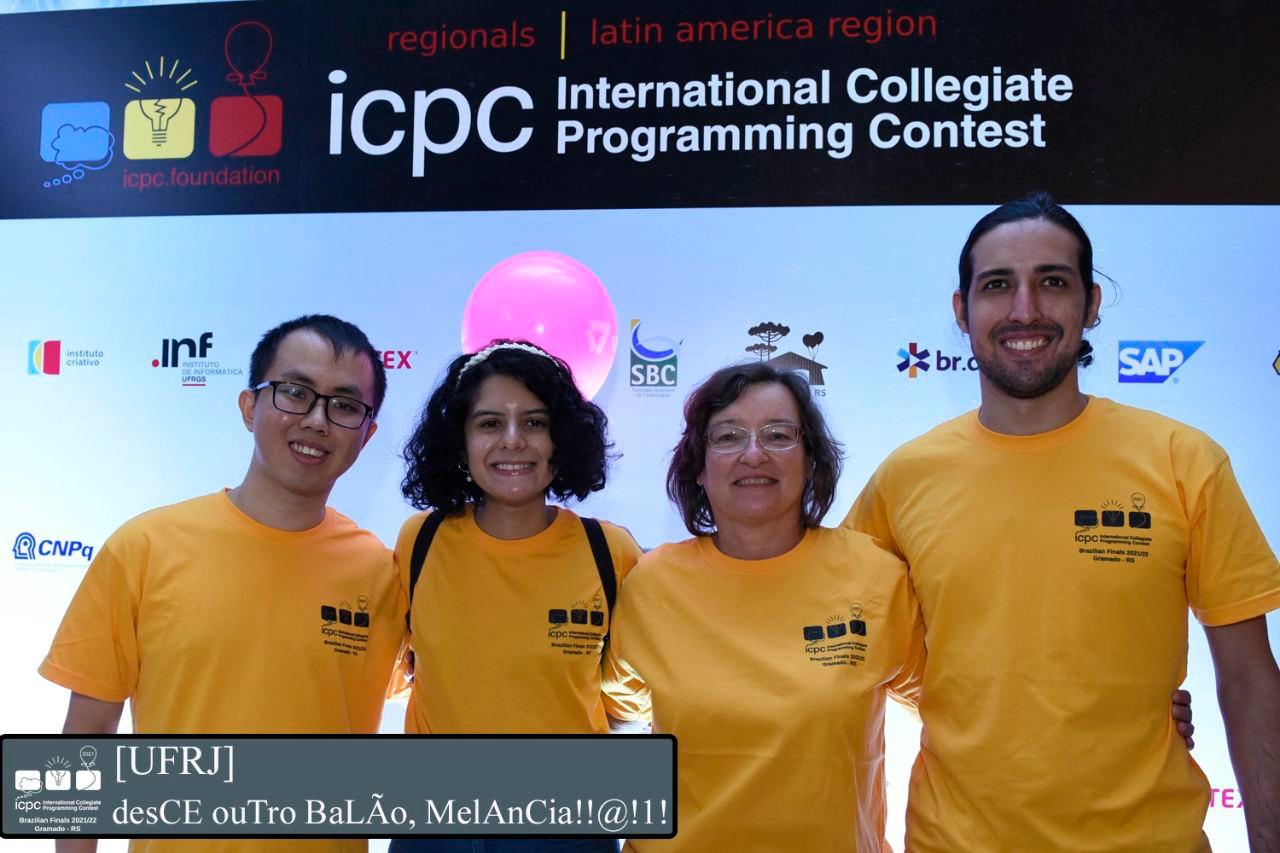